On creativity, fear of rejection, armour, impressing and vulnerability

none of this is true...these are just some of the stories I sometimes tell myself...

I had a fear of putting my work out into the world, in fact perhaps the fear was more of putting my work out into my immediate bubble, the people who know me somewhat, the people who I am currently fooling… but actually it didn’t really feel like that. When I think about how I interact with the people around me it doesn’t feel like I am fooling them, I think that I portray a pretty accurate depiction of myself – which is an interesting choice or words; I portray an accurate depiction of myself, perhaps I should stop portraying and start just being, to whatever extent that is possible – so if I am not acting, then why is there a fear of showing people something personal to me?

The art class at school comes to mind where I genuinely tried to express my creativity and was scalded by the teacher and thrown out of the class, as does my performance in a musical whose rehearsal period coincided with my voice breaking and which was greeted by a quite strangely vicious critique given by one of the mums very publicly as the principle cast greeted their friends and loved ones in the foyer of the theatre.

Similar episodes have followed my creative career and perhaps have lead to a belief that when you put your creativity on display you give people an opportunity to be quite nasty to you. There seems to be an unspoken agreement that if you make art publicly then you are fair game for vicious behaviour from other people, when perhaps people should be applauding the achievement of having the courage to open the door of vulnerability in the first place. So if people who allow themselves to be vulnerable in this way are open to attack then there are several options available to avoid the sting of criticism. 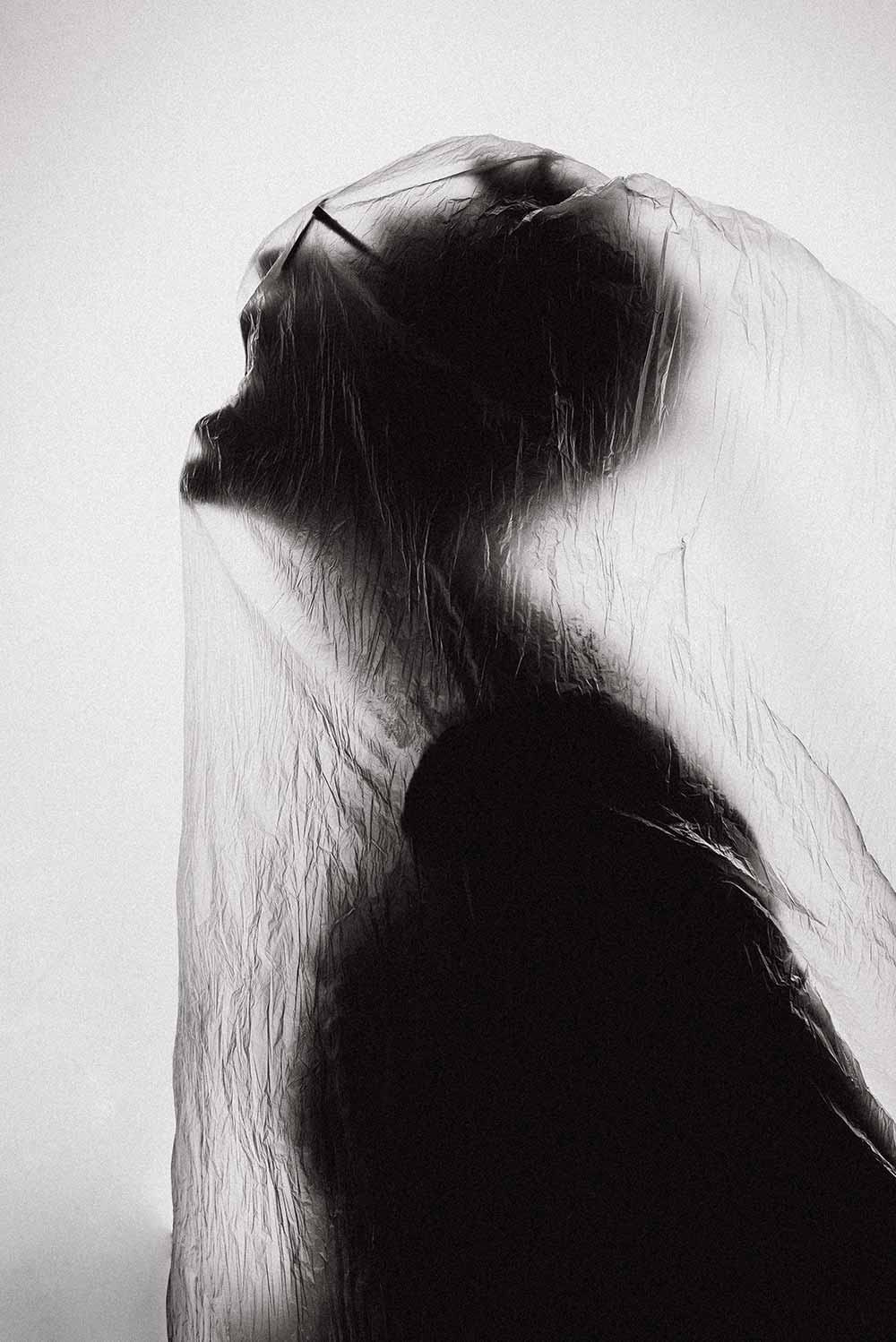 1. Don’t do it, it makes a lot of sense to just avoid the area where you are likely to get hurt, if there’s sharks in the water then stay out of the water right? It can feel like a denial of an important part of ourselves, a shutting down of a form of expression fundamental to a human life but if all you ever experience from allowing creativity to be seen is pain then it makes a lot of sense to take steps to avoid the pain. For those of us who, for whatever reason, that was not an option or perhaps for those of us who gained some enjoyment, recognition, affection, attention, release, whatever it was that felt like a different degreed solution of diluted love as well as pain then we may not choose to avoid it altogether but take some steps to protect ourselves.

2. Make things perfect before they can be shown to anyone. Also know as being a secret artist because perfection in art – or anything else for that matter – is so elusive as to be a myth. Perhaps it can be bestowed after the event by other people but I am fairly sure that for the artist it is unachievable, often to know when something is finished is hard enough, for you can always add to or change something which you will not know until after the change is reflected in the whole whether it adds or detracts from the totality (*note; this sentence may have to go). So waiting for your art to  be perfect is a good path to being the best undiscovered artist that ever lived. Hopefully you will be discovered after your death so that people will finally appreciate what a creative mind that you had or maybe not, fortunately you will never know either way but unfortunately your work will have missed out on the opportunity to interact with the world. The resulting reaction of which may have ruined the beauty and purity of your work or greatly improved it because out there in the world there are a great many haters but there are also a great many artists, some of whom have the instinct or the good sense to nurture. So you can strive for perfection or…

3. You can put your work out there but play it safe, don’t do anything too edgy, nothing too personal – nothing too you – avoid vulnerability or anything that people can criticise for being too different. Do what other people have done before and people have liked before and that you don’t really care about anyway – that is the way to avoid criticism and pain and if someone does criticise you – even after you have worked hard to mind read what it is that you think will make them happy but failed in your pursuit to please everyone – you can always fall back on the knowledge – the consoling facts – that you weren’t really trying your best anyway. It doesn’t really matter what they say because you don’t really care very much about this work, thats why you didn’t do your best so whatever you say is blah blah blah thank you. This holding back, this playing it safe can easily become a way of life and whilst avoiding the intense pain that can some with being vulnerable it does have its own problems – not least the part of you that dies a little each time you take this route. Some of the problems being – and I think these come with the other approaches too is…

How do you justify living your life (almost) purposely holding back?

What does that do to your sense of self?

What does that do to your relationships?

How do you live a full and filled life if you limit yourself to half of your capacity or less?

How can you connect with other human beings if you only show them half of your self?

Is avoiding this short term sting of criticism worth opening yourself to the long slow and terminal dis ease that is the knowledge that you have (almost) chosen and continue to choose a life half lived? Because we talk about art here but isn’t what we are really discussing the true expression of our self?

And what of that other half? The half that would have written books, would have recited poetry in moonlight to potential partners of dreams, would have had the courage to be truly intimate with those we share our lives – and beds – with, the half that would never pretend to be asleep, who would be proud that their kids were proud of them, that would put out something and fail and refine and put it out there again and again and again for the sheer joy of it until it transcended need and only cared about what other people who were also daring to live fully thought and then only so much. That part who has a purpose to move forward whilst being grounded in where it is and how things are, who dares to be vulnerable and offer more than a safe version itself? What happens to this other half? It has to go into hiding because it starts to believe that there is something wrong with it, because it doesn’t realise that we all struggle with these things to greater or lesser degrees. So it hides away and tries to keep quiet in case anyone should notice that it’s there. And the shame grows – and it is shame – because there is half of us that has something wrong with it and another half that is only living half a life, which is boring or lost of confused or scared or bad – because it is hard for that half to be happy when it sees anyone else living a whole life, lest they shine a light on its own deficits – and all of those things which every human being experiences at some point because they just aren’t normal are they?

And so as this shame grows, this half a life feels the need to compensate, to show something other than it’s deficiencies to the world and so it finds a way, a bit of slight of hand or a costume change or a suit of armour or a funny voice to say look at this – not this – and that costume, that armour is what we wear into battle each day and whether we want to impress people or provoke their sympathy or anger or disgust them or shock or frighten or reject them before they can reject us, at least we manage to keep them away from the truth. The truth that deep down, hidden beneath the armour or polish or shit, there is something wrong with us and that we only dare to live half a life.

And the more we live like this, the more this smoke screen of ours becomes our new normal, the harder it is to remember not to forget that there is something else there at all and sometimes this feels good and safe because we have made a decision (almost) after all that the something else is something to be ashamed of anyway and if we can’t see it then – we think – it will be harder for other people to see it, which is a good thing – no? And sometimes this doesn’t feel safe or good because in our denial of a part of ourselves we feel a yearning or a discontent or a faint feeling that something is not quite right, that we are somehow missing something, that there is more to life or that we aren’t living to our full potential or that someone has hidden something quite important when our back was turned and we languish in the quiet discontent – or noisy depending on the costume we happen to be wearing at the time – of the half life.

So is there an antidote?

Is there a way of navigating the murky waters? I suppose it would have something to do with expressing yourself, something to do with living life fully without holding back for fear of what others may think. Of thinking through your actions and decisions for yourself and making your own choices of how to live your life. Of taking responsibility. Of choosing carefully who’s opinions we decide to care about. Of putting our work out there and of being ourselves and just seeing what happens and choosing to refine from there rather than running away from ghosts and shadows. Of choosing to suffer only from the few things that have happened not from the many that never did. Of choosing joy. Of choosing happiness as an operating system rather than a goal. Of choosing to connect deeply with people. Of letting them in and of letting go.

I suppose it would have something to do with all of those things and when you look at it all like that it seems so simple – doesn’t it?

This site uses cookies. Nothing weird. If you continue to use this site we will assume that you are happy or at least ambivalent but willing to accept it.Ok